Largest Wreck Removal of 2016 Completed in Gulf of Mexico

Largest Wreck Removal of 2016 Completed in Gulf of Mexico

A little more than a year after salvors from Titan and Svitzer joined forces, the combined company Ardent says it has completely the salvage industries’ largest wreck removal of 2016 in the southern Bay of Campeche in the Gulf of Mexico. 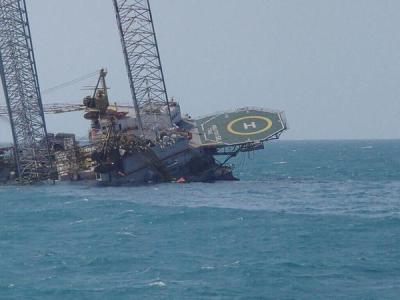 Photo shows the Troll Solution jack-up collapsed next to the wellhead in the southern Bay of Campeche, Mexico, May 5, 2015.

It was just days after the two companies officially joined forces when the jack-up drilling rig Troll Solution, weighing approximately 7,000 tons, collapsed while carrying out maintenance work on a Pemex wellhead platform CAAN-A on May 5, 2015, killing two workers and injuring dozens aboard the jack-up. The rig came to a rest on the seabed in approximately 30 meters of water and within just two meters from the active platform.

After initial efforts to refloat and salvage the jack-up were unsuccessful, Ardent was hired on to remove the vessel from the Mexican seabed.

To do so, Ardent deployed assets from several countries, including the 1,400-ton lifting capacity Conquest MB-1 crane barge, used by Titan Salvage in the Costa Concordia wreck removal in Italy, as well as a 1,000-ton hydraulic wreck grab from the Netherlands. For the cutting operation, Ardent used a newly designed Guided Guillotine to dismember the jack-up into pieces, instead of cutting with more conventional methods, which it would then lift by crane. 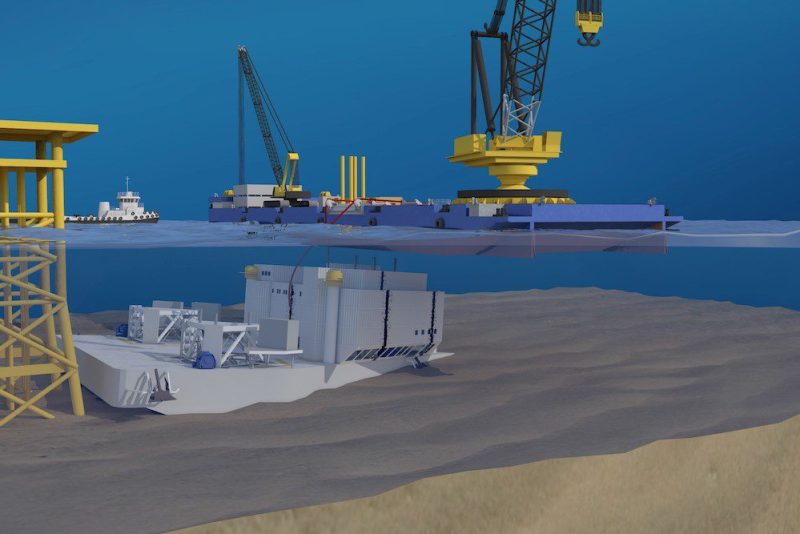 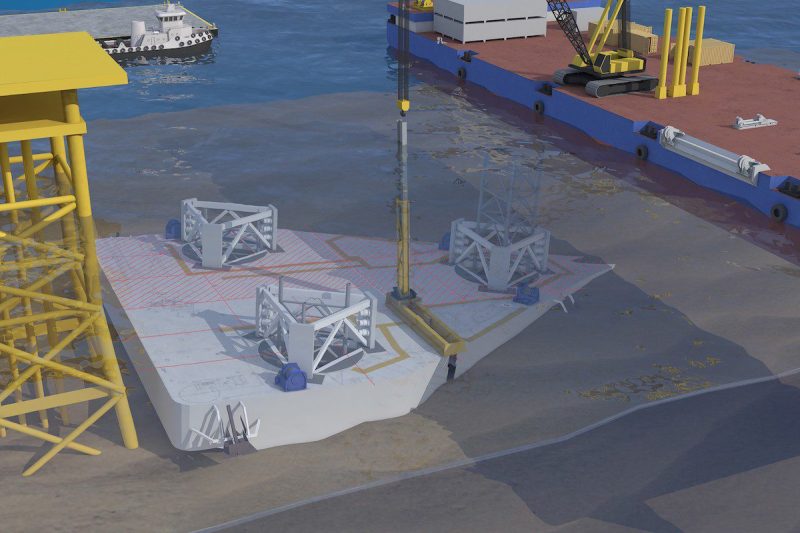 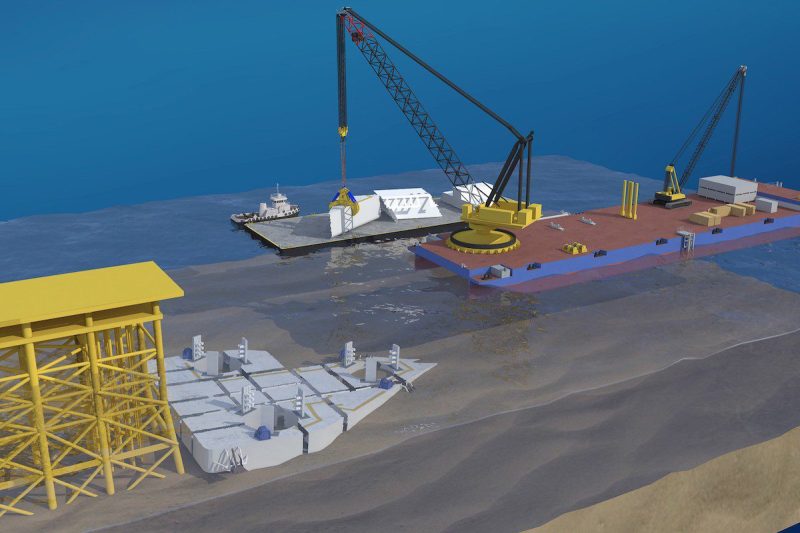 “Traditional methods require either a push or pull-cut with chains or diamond wire. Pull-cuts require tunnels to be bored into the seabed, whereas push-cuts require a large framework to be built around,” said Ardent Naval Architect Roland De Marco.

Ardent says the conventional guillotine cutters are restricted to operations above the surface, but the Guided Guillotine can function underwater with the precision. The salvage team used the device to cut the jack-up’s hull into 31 pieces, while using a chain puller to cut the deck house into six pieces. All were subsequently lifted to the surface using the Conquest MB-1 crane barge. 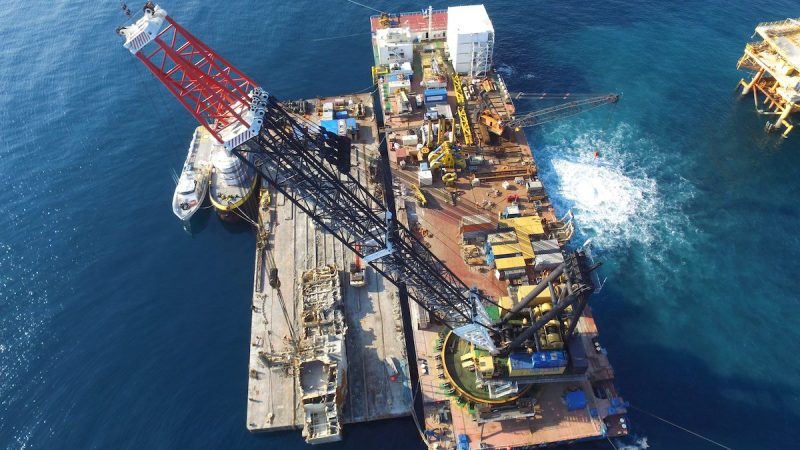 The the crane barge Conquest MB-1 along with other equipment at the Troll Solution salvage site. Photo: Ardent

“The main hurdles to overcome were, how to best cut the jack-up into sections without fabricating an elaborate structure, and boring holes underneath the jack-up through the seabed was improbable due to obstructions,” said Shelby Harris, Ardent Americas Operations Director.

“We had to apply ingenuity to use our chain cutting techniques on the deck house in a less than conventional method, and the Ardent Guided Guillotine sectioned the hull. The method worked very well,” said Harris. 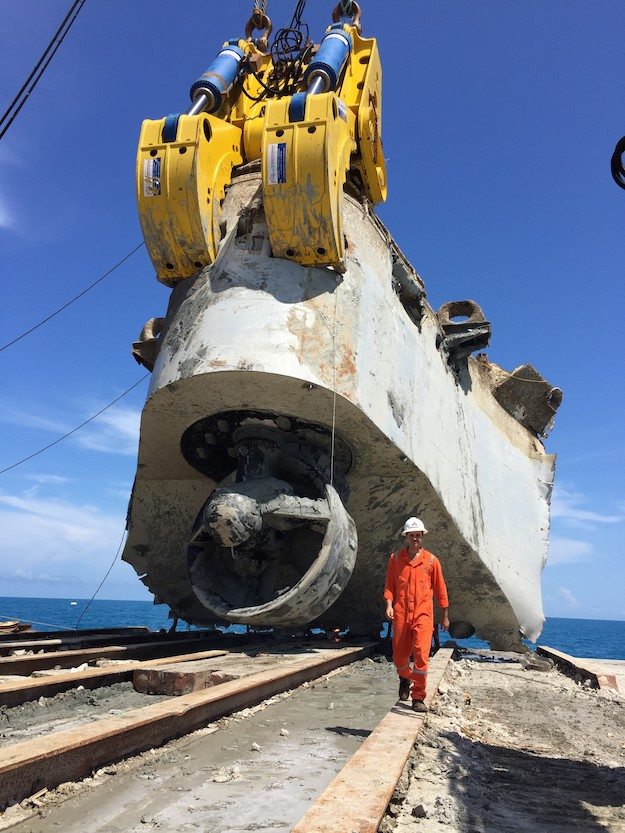 A bow piece of the Troll Solution after the salvage team cut and lifted it from the seabed using a 1,000 ton hydraulic wreck grab from the Netherlands. Photo: Ardent

Ardent completed the salvage job last month. The company says it thinks the project shows the excellent integration by the ex-Svitzer and ex-Titan teams thus far.

“We look forward to more challenges and collaboration with our partners in the offshore industry in the near future,” said Peter Pietka, Ardent CEO. 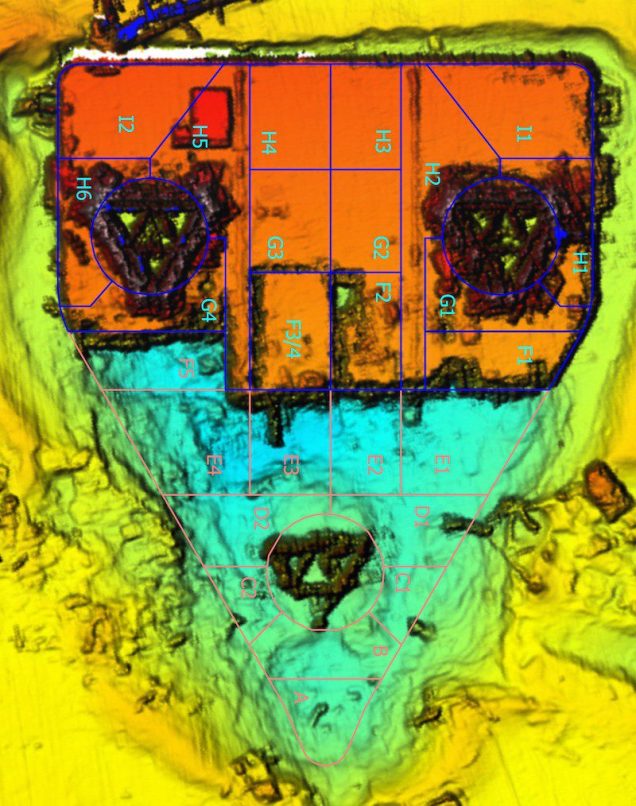